Michael Beattie took part in ARTiculation in 2016 in Newcastle. Tim Marlow awarded Michael third Prize at the Finals in Cambridge. Michael is part  of the Alumni Network, supporting the team at events, speaking on behalf of ARTiuclation and taking part in public events such as this ‘on the beanbag’ conversation with Tim Marlow.

Read Michael’s take on the day and watch the conversation.

Back in July, myself and several other ARTiculation alumni descended on the Royal Academy to talk all things art and ARTiculation with Tim Marlow. I had just finished my A Levels and the fleeting visit to London is seared on my memory as it represented my first true day of summer this year. The way the shadows of the clouds conversed with the courtyard below and the sun would peek from behind them in all its brightness and heat really captured the spirit of the weekend; perhaps we had been duped into taking part in a performance piece shown as part of the Mayfair Art Weekend, or perhaps it was just a nice day to sit and talk about art.

I was only in London for a day, as such I didn’t get to see much of the festivities centred on the Royal Academy that the weekend provided. One thing I did catch was the Academy’s annual Summer Exhibition which was unlike anything I’ve seen before. The thing that set it apart was the ‘salon hang’ style of display, with which I’d never seen contemporary art displayed. The gallery was busy, but the amount of pieces on display still seemed to number about the same as the amount of viewers and it made me imagine all of us picking a single piece and having it for ourselves – for it to be our personal slice of the exhibition.

It was easy then to draw parallels between this and the ‘On the Beanbag’ conversation with the ARTiculation alumni. We all came with our own personal slice of ideas, interests and stories of how we ended up there, and the topics of conversation ran from discussion of immersive art experiences to a timely link from architecture to the Grenfell Tower fire. The result was what felt like a whistle-stop tour around the world of ARTiculation and its innumerable wide-reaching concerns. Just like the salon-hung Summer Exhibition, the discussion can seem fast-moving and overwhelming at first, but it contains a whole lot of valuable insights into the world of art and the things surrounding it. It really brought home the importance of having spaces where this kind of valuable conversation about art can be allowed to flourish, especially among young people, which is really what ARTiculation is all about. 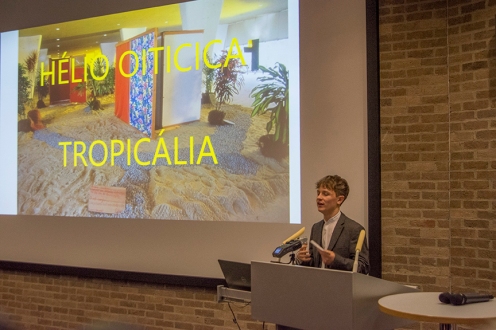 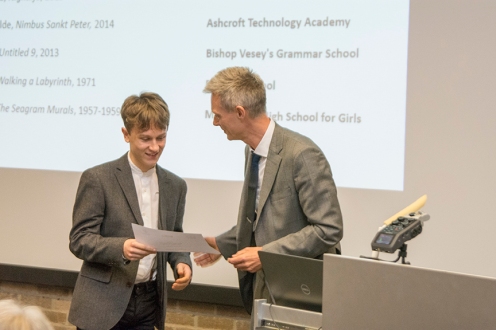