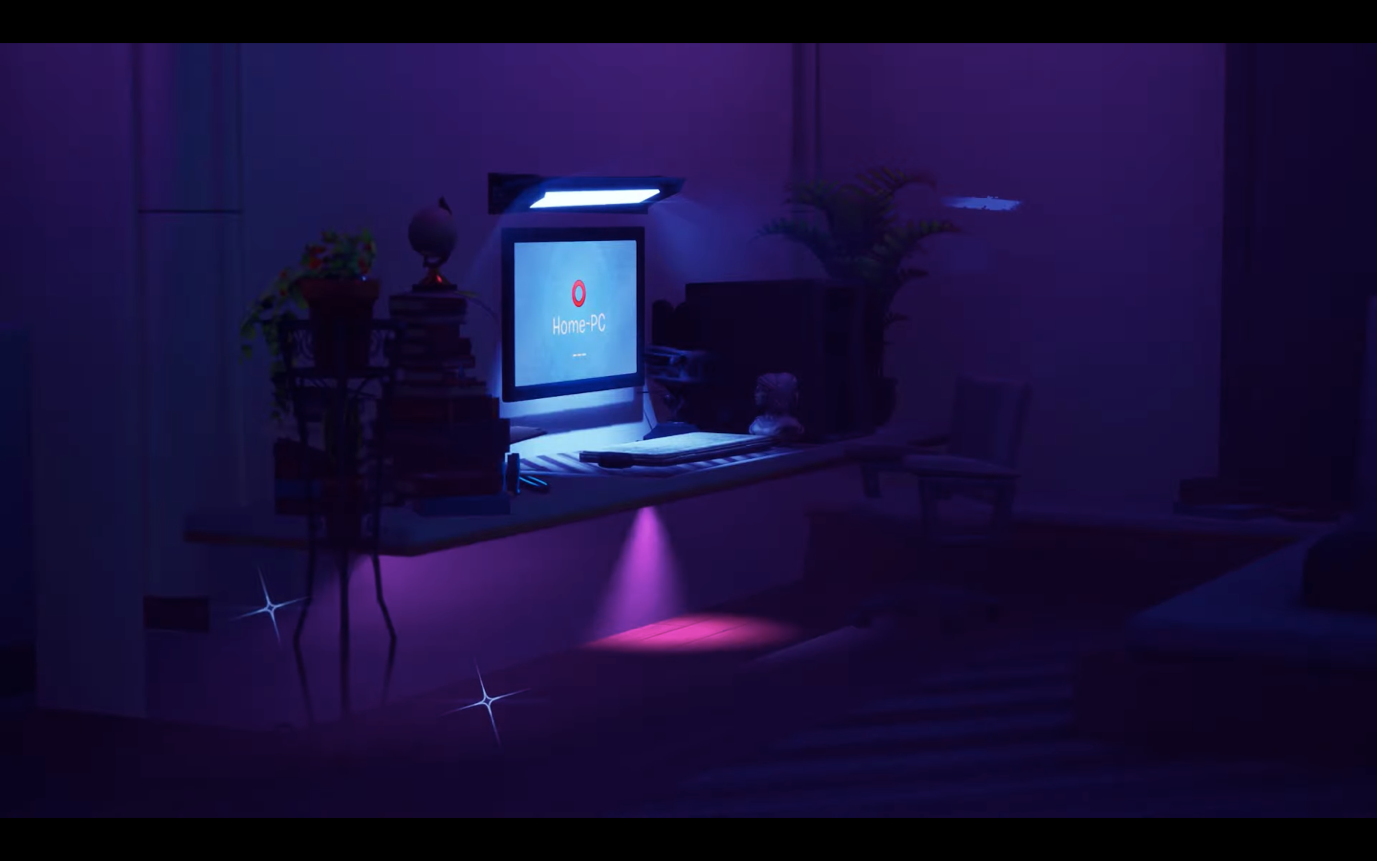 LaTurbo Avedon is an artist who not only responds to the specific conditions produced by an increasingly online existence, but who also exists solely because of them. Avedon, you see, is not a real person (at least, in traditional terms), but rather an ‘avatar artist’, meaning that she exists solely within an online environment.

There is, of course, a person (or persons) behind LaTurbo Avedon. But Avedon’s identity is different to that person(s). Avedon is the controllable visual entity (an avatar) that exists in the worlds of online simulated worlds like Second Life and Fortnite creative. Her experiences are not bound by the physical limitations of the real world, such as geography and the limitations of the body. She embraces the potential of the internet, especially as a means for connection.

This appears to be particularly pertinent in a year in which our ideas about communication and connection have had to be radically reconsidered. In her piece, Your Progress Will be Saved, Avedon’s work considers the existence of a pandemic within a digitally connected world.

The work uses the video game Fornite Creative as the medium, and is presented within the game. Fornite Creative is a mode of one of the most played video games in the world, Fortnite. While Fortnite is better known for its first person shooter ‘Battle Royale’ mode, Fortnite Creative is known as a ‘sandbox’ game, meaning that the game does not have a set structure or goals for the user to achieve, but instead allows them to play with the tools provided by the game to produce their own structures, buildings and worlds.

The work is the first commission for the online exhibition series The Virtual Factory by the yet-to-be opened The Factory; a multi-million-pound cultural space which will act as a permanent home to the biennial art and culture festival, the Manchester International Festival (MIF). Every other year, the festival commissions and hosts a series of global artists in Manchester to create a space for international collaboration.

While it is unclear when The Factory will open (already delays pre-pandemic, which have now been exacerbated by Covid-19), the Virtual Factory series has produced a digital space for artistic expression.

Your Progress Will be Saved plays with the expectations and hype surrounding the opening of Manchester’s new cultural space. The work of artists who use the internet as a medium so often subverts the expectations of what art should be, especially within a gallery setting, and Avedon makes explicit reference to the conventions of the gallery space. When you enter the work through Fortnite Creative, you (represented by a controllable avatar), find yourself in a space that reflects the ‘white cube’ modern art gallery. In this area of the work, items that will later be significant within the work are displayed as they would be in a museum: on pedestals with descriptions, arranged for aesthetic appreciation. As you move around the space (clumsily, in my case as I was not yet accustomed to the controls of the game), there is the strange feeling of being alone in a gallery. There is an eerie loneliness about the work and the representation of a space which, in pre-Covid times, would have been filled with other bodies.

There is, however, something quite liberating about the virtual gallery space too. In this space, with no other people, you are free to contemplate an object for however long you wish. There is no pressure to move on at a certain space, nor is there the pressure to feel like you should react in a certain way. My avatar wields an axe – yet there is no consequence when I hit an object – allowing the potential of the space to expand beyond just aesthetic contemplation as well as creating a means to assess how we approach the rapidly changing real world.

From the gallery space, you enter Avedon’s apartment. It’s a strangely intimate and intrusive experience to be alone in someone else’s space: even if it is a fictional place constructed by pixels. Here, the viewer of the work is faced with a task: to find ‘memories’ that are constitutive parts of a poem. In this poem, the theme of permanence and impermanence emerges. This is a significant part of the work, indicated within the title of the piece, Your Progress Will be Saved. It allows us to think about our current moment of the ‘new normal’ and its effect, whether that be permanent or not. It allows us to think about the contradictions of the internet: the warnings that the data we share on the internet is forever, while we see technologies being made redundant as software updates and improves.

In final stage of the work the imagined interior of The Factory takes the form of a nightclub. Once again, the avatar’s solidarity within this environment is jarring. But here the viewer is reminded of the networks that connect us in this digital age. While the space has the typical conventions of a nightclub (bright lights, dj booth, music with a strong bassline), it is also shaped like a panopticon: empty rooms, each with a digital device etc. It reminds us that in a time where it is easy to feel isolated, the potential for human connection is still out there. Here the potential of the work is revealed. Avedon intends for us to use this space like a real night club: for socialising and friendship. She has built the space – we bring the purpose.

For art lovers of more conventional and traditional mediums, Avedon’s work may feel strange. But Avedon’s work encapsulates the strange times we live in, using the technology that we have become so accustomed to produce something that appeals to us aesthetically, but also at the same showcasing its functionality. Ultimately, it facilitates a human connection.